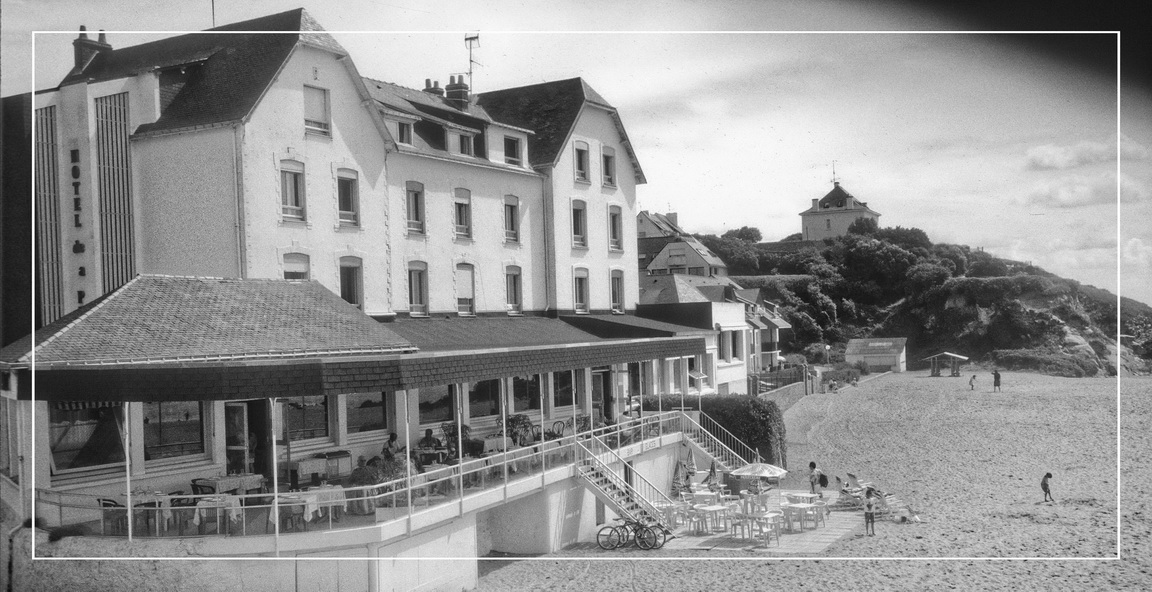 Just today I was thinking about the recent blogs that I have published and how they have been influenced and perhaps even owed their origin to movies I have enjoyed over the years.

These thoughts were prompted by the recent publication (on Blu-ray) of the complete works of Jaques Tati and in particular one of his earlier masterworks “Jour de Fete” that we watched recently. For with hindsight I have to say, that Tati is where it all started for me!

Tati’s genius lay in the ability to faithfully observe and portray the mannerisms and awkward social embarrassment in the interaction of his main character, Francois the postman, in the case of Jour de Fete and Monsieur Hulot in the case of Les Vacances de Monsieur Hulot. In particular the main character’s inability to appreciate the amusement that his actions arouse in those he interacts with. The extraordinary thing is that the comedy doesn’t get old or stale. The version of Jour de Fete that we watched was actually the 1994 colour version released as part of a compendium of Tati’s work on Blu-ray in 2014 and as with all great comedy we found ourselves laughing over visual puns that we hadn’t even noticed on earlier views of the film,

It was only much later in Tati’s career that his films achieved the kind of billing that they were entitled to in the British cinema. The story about how Tati gradually appealed to the British cinema audience was usually almost by accident with his genius spread by word of mouth. Often the convert would come upon Tati following a showing of one of his masterworks at a film society or sometimes a Tati film would be a filler at a programme where the main billing was usually a keenly anticipated popular film. Certainly that was one of the ways that I was re-introduced to Les Vacances de Monsieur Hulot. I have long since forgotten what the supposed main attraction was.

What is certain is that there was and is a quiet army of Tati afficionados who only have to hear his name ro bring a smile to the face and with little prompting to recall their favourite Tati scenes. At that time in the development of the cinema in our popular culture it was also one of the few ways that the paying customer would be introduced to a foreign country – the Armchair Travel that this piece refers to. In fact I may well have seen Monsieur Hulot’s Holiday a dozen times before I made my first visit to the France of Jaques Tati. Bear in mind that Tati’s first major work Jour de Fete came out in 1949 when American troops were still stationed in France (scenes faithfully captured in the film). In the film our hero, François, having seen a film on the American postal service, sets out on his bicycle to emulate his American counterparts.

Les Vacances de Monsieur Hulot followed on from Jour de Fete in 1953 and was set in Saint Marc sur Mer, a sleepy seaside resort on France’s north-western coast, selected by Tati as having just the right qualities to allow him to portray and to poke gentle humour at the emerging middle class fashion, after the wartime years, of taking seaside holidays in France.

Les Vacances de Monsieur Hulot was the film that launched Tati’s alter-ego, Monsieur Hulot, on an unsuspecting world and brought him international fame. And while there were many follow-ups involving Hulot it is fair to say that though commercially successful none achieved quite the lasting following than that of his first appearance. Reminding myself of Monsieur Hulot during the writing of this blog, I was astonished how well the visual jokes stand the test of time. Astonished too at the fact that the supporting cast were supporting in name only, as their performances were integral to what Tati was attempting to achieve, and if anything Tati (Hulot) released qualities in their performance while himself remaining something of an anachronism desperately attempting to fit in. It was almost as if Hulot was the key that unlocked their true character. I am thinking now of the table-tennis game complete with ingenious serve played adjacent to the lounge area by Hulot, who all the while was oblivious of his impact on the other guests. But there are many examples and each viewer would no doubt have his or her own favourite.

But in many ways, the real star of the show was the soundtrack and incidental music (Alain Romains). Tati uses everyday sounds of a seaside holiday to underpin the atmosphere, children playing, etc. with the silences as important as the sound and for many, just hearing a few bars of the Alains Romains score is enough by itself to take them back to Saint Marc.

So it was unsurprising that I would set out as many afficionados have done over the years, to discover the magic of St Marc sur Mer and re-live the wonder of Tati’s creation. Nowadays of course, thanks to the Internet and search engines like Google it is perfectly possible to discover the film’s venue and other matters relating to the film at the click of a mouse. But it was not always so, and my first excursion in pursuit of Monsieur Hulot could only take place after I had carried out a certain amount of research off my own bat. Research, which I may add only made my findings that much more rewarding. Transport too in those days, of necessity, had to be somewhat more basic, and that meant family car complete with sometimes fractious children and all that was necessary for a prolonged camping stay! The film itself, shot in black and white, magically has the ability to faithfully render the sunniest of summer days in a way that is more graphic than any colour version, and the first adjustment that is necessary on arriving at St Marc sure Mer is to come to terms with that reality. Nevertheless Saint Marc doesn’t disappoint nor does Tati. The Hotel de la Plage was in any event only used for the exterior filming, interiors were filmed elsewhere in specially constructed sets. The boarding house where the delightful Martine (Nathalie Pascaud) stayed was specially built for the film and you will look for it in vain, as I did. Elsewhere the hotel has been absorbed into the Best Western chain but they have recognised the importance of the location for both French and International guests and any modifications have been carried out sympathetically. The plage itself is now known as the Plage de Monsieur Hulot and a statue of the great man himself, complete with hat and trade mark pipe, is situated on the promenade looking benignly over the scene of his greatest triumph. 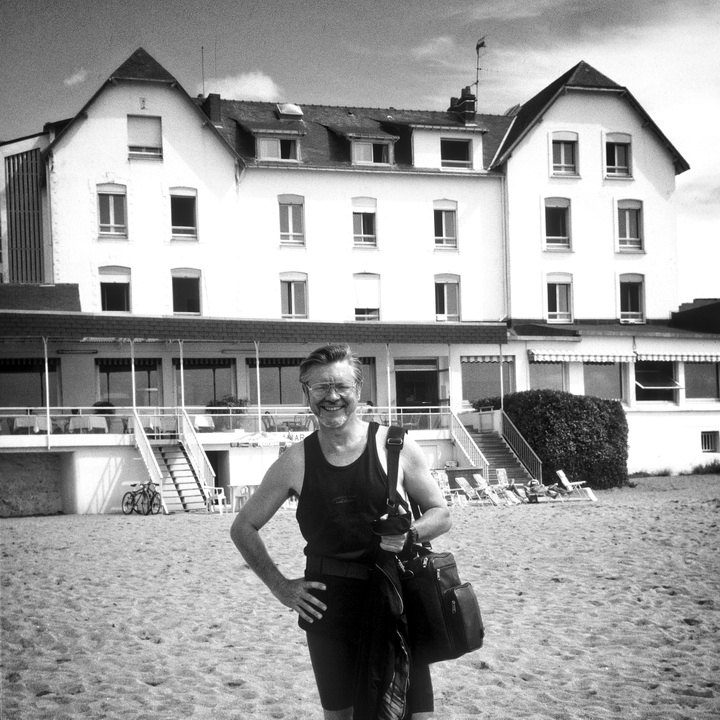 This blog would be incomplete if I failed to acknowledge my daughter’s gift of the complete Blu-ray box set of Tati’s work, with its promise of endless pleasure re-living some of the finest work in international cinema.. Andree many many thanks,  Dad x