Not so long ago while admiring the stained glass windows in Hereford cathedral I was joined in conversation by two tourists, a blanket over their knees against the cold. They volunteered that they were from Pacific Grove in California and when I exclaimed: ‘Oh, yes! PG!’, they were both surprised and delighted as it would be an expression only used by local residents. But I have made four visits to Pacific Grove over the years and I had grown to increasingly admire its qualities as a beautiful location and a delightful place to live. In fact “A Piney Paradise” was how local historian Lucy Neely McLane described the small township of Pacific Grove in her respected history of the area (1975).

Situated on the Monterey Peninsula between Monterey and Carmel, Pacific Grove came to prominence in the latter part of the nineteenth century as a popular location for a summer Methodist retreat with land made available to the religious order by local land baron David Jacks thus allowing the development of Pacific Grove as a Christian seaside retreat (The Pacific Grove Retreat Association).

The size of each lot, situated among the pines, was determined by the founding association and was to be 30 ft in width and 60ft in depth fronting onto avenues 60 ft in width within a basic grid layout. This then was the way that PacificGrove took its form with each small lot providing the plot for a tent which the owners were accustomed to use throughout the period of the retreat. Over time, more permanent establishments were often constructed around the original tent frame, replacing the original tented city. The early water supply came via a series of wells but by the end of the century  the Pacific Improvement company who had purchased the land from David Jacks had ensured that there would be an adequate water supply and also played a prominent part in gravelling streets and improving the grounds generally. When later the Pacific Improvement Company made available further lots to add to those originally part of the grounds of the retreat, a surge in land values followed, not without dissent from the original Retreaters as Pacific Grove, originally advertised as ‘God’s Kingdom by the sea’ came under attack: ‘This is a Christian seaside retreat and not a place for moneymaking,’ protested the Retreaters. But when mammon moves in the devil finds a place at the table. To a certain extent that original tension may still be present in Pacific Grove and residents and those who love the area are eager to protect the perceived values of the community. 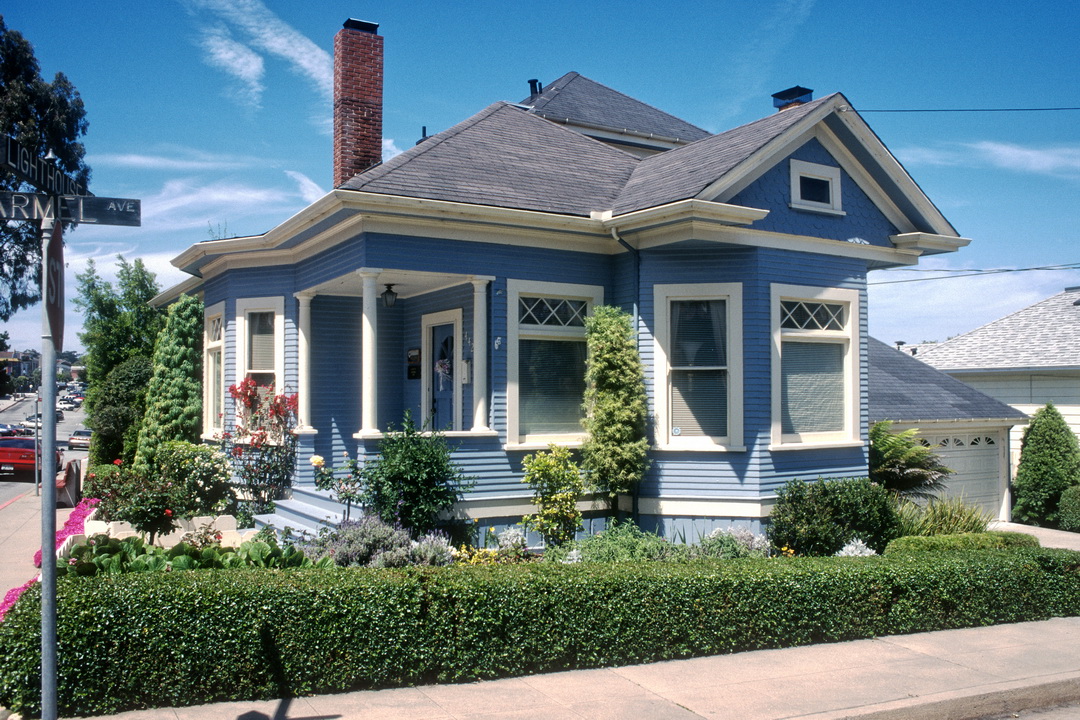 Townships have not always been planned but rather they have arisen organically and for a number of reasons; around a port or an important road or river crossing, for reasons of security or to be close to centres of power, a royal court, for example. Pacific Grove in its original form arose because people of a certain faith wanted to escape the burdens of living in a chaotic San Francisco at the time of the gold rush and sought a place of retreat where they could for a while practice their faith in a safe and beautiful environment. But in this they were not alone,
such developments were not uncommon in North America. Grimsby Beach, now known as Grimsby Park, also began life as a Methodist Retreat on the shores of Lake Ontario. A huge outdoor temperance meeting was held there in 1846 with a permanent campsite established by 1859. As in Pacific Grove, over the years the original tented village began to be replaced by more permanent ‘Board and Batten’ cottages, often with ‘gingerbread’ or fretwork trimmings. Since then Grimsby Park has gone through many rebirths but the depression and the Second World War saw the Park fall into disrepair and only recently have some of the original ‘Board and Batten’ cottages been lovingly reclaimed.

Not so Pacific Grove which over the years has absorbed,  if not always welcomed, the influx of immigrant communities who with their drive to make a new life for themselves, have invigorated the township and helped it become the place it is today. A thriving Chinatown made famous by Steinbeck in ”Cannery Row’ came into being during the mid 1850s on the site of the present Monterey Bay Aquarium. And with the Asilomar Conference Grounds largely designed by America’s first woman architect, Julia Morgan, in 1913 in the Arts & Crafts style, the opportunity for religious retreats still continues to this day. Though a mere two hours drive from San Francisco, Pacific Grove still conveys a timeless charm, and has earned for itself the title of ‘America’s Last Hometown‘. 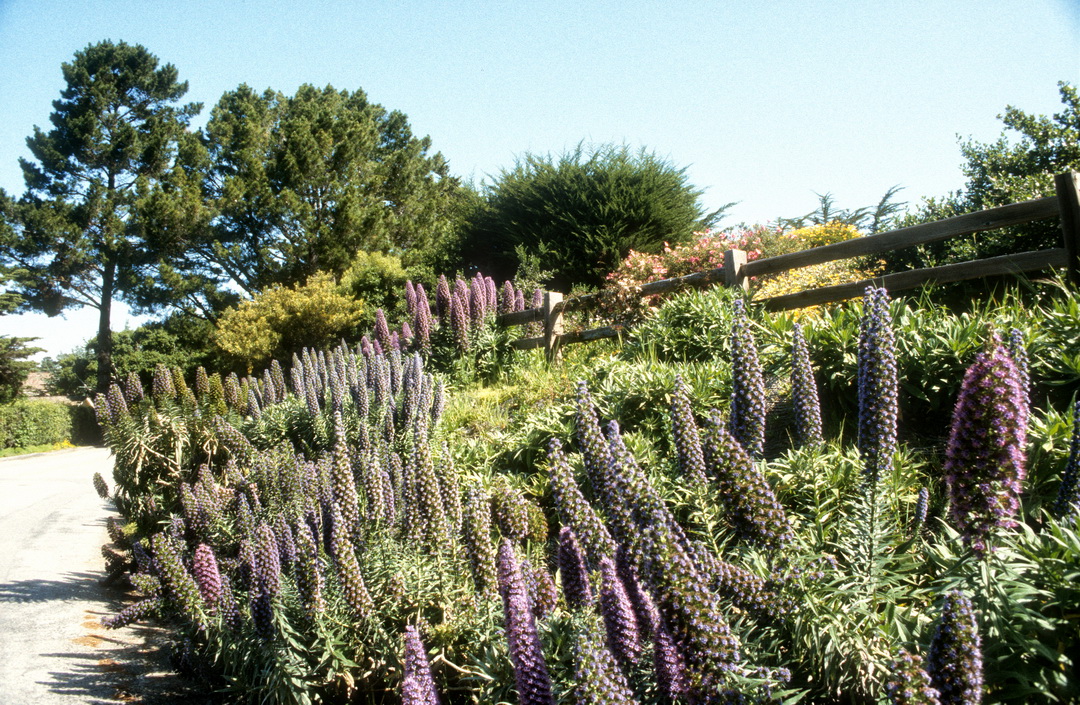 Visitors to the area are often entranced by the prolific display of two plants the “Pride of Madeira” and the “Ice Plant”. Neither plant is indigenous to the area, but the ice plant, a semi-succulent, drapes itself like a red carpet over the edge of the rocky foreshore at Pacific Grove in the spring. Pacific Grove is also known as “Butterfly Town USA” as in early October thousands of Monarch Butterflies migrate into the area to winter in Pacific Grove until March of the following year.