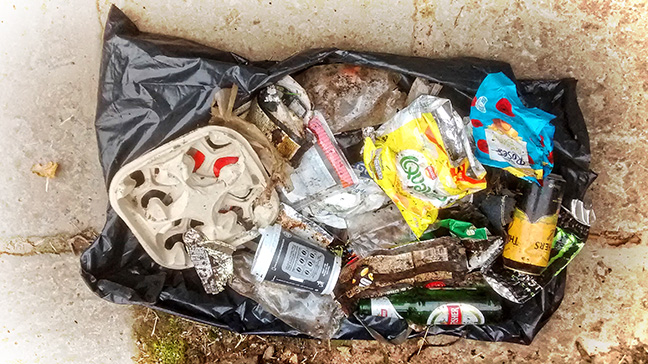 “What a Load of Rubbish”

Yesterday evening after a family birthday celebration I ventured a short stroll. Just to snatch some fresh air you understand. For that reason I carried no camera other than that provided by my mobile phone (Moto G), not noted for its camera. But sometimes as they say the best camera is the one that you have with you and so when the full glory of the late evening sunset became apparent naturally, as you do, I snapped away.

Here on Welsh Newton Common we are not blessed by any commercial outlets, other than our treasured local post office, or pubs. I know a mixed blessing at best, but we do have for neighbours a large number of birds and animals of various kinds. And of course scenery that can lift the spirit, as it quickly did last night as I gazed in wonder at the setting sun over the course of my brief stroll. Perhaps these images taken in time sequence will show you why. 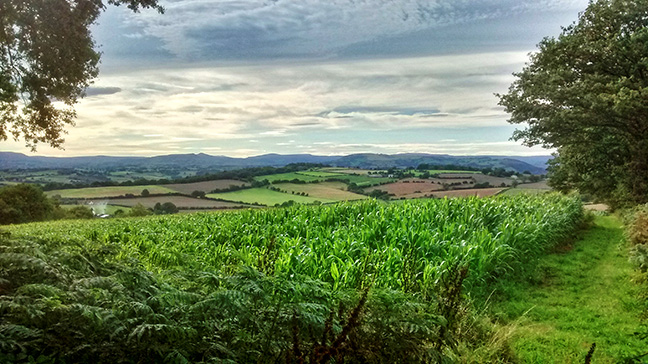 View towards the Brecon Beacons 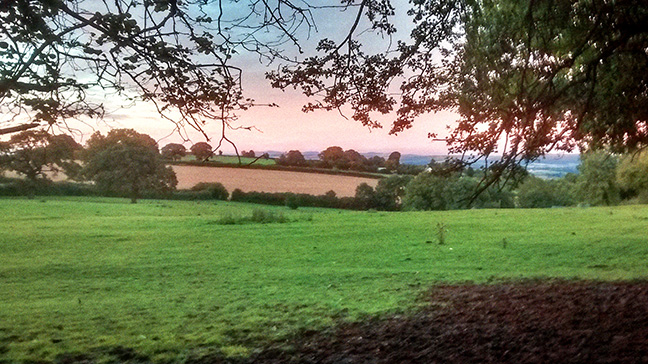 Just some of our friendly, and photogenic, neigbours

The setting sun, view towards Herefordshire and into South Wales

The pictures I took illustrate the beautiful views seen from Welsh Newton Common as the sun progressively sets. The picture at the head of this short feature however illustrates what is often the reality. The rubbish scattered by careless drivers from passing cars and particularly perhaps delivery vans. In fact this bag of rubbish was collected the next morning over a mere 400 yards on the road leading towards Welsh Newton Common that is just a small part of our regular morning walk.

You may feel that the connection is tenuous at best, but it caused me to ponder on just how this state of things has come to pass. The full glory of the English (and Welsh) countryside and what passes for The Big Society and the reality of the Rubbish Society that permeates how we live in so many ways nowadays. Of course you could very well argue that we as locals collecting scattered rubbish shows the Big Society at its best, or you could take the view that if we shared a truly Big Society then people, and I expect we have all been guilty of at times, would not have carelessly scattered rubbish in the first place. Undoubtedly that is the most desirable situation. However it brings to mind something that I witnessed many years ago that made a big impression on me.

I was walking in the hills above Korcula Town in what is now Croatia, when the local postman in the process of delivering the post intervened when a group of very small and brightly dressed children scattered rubbish in a small road within the village. He remonstrated with them in a kindly way and they responded by sheepishly picking up the rubbish. My reaction at the time was one of appreciation and I would say now, if I witnessed a similar scene, that is the Big Society at work. But, here is the rub: Korcula then was part of Yugoslavia which was regarded by the West as a communist state. There were many features of Yugoslavia that we would have criticised at the time, and I certainly did. But not that kind of civic responsibility: or for that matter the price of the local beer which was very good too at about 4 pence a pint.

Now, I don’t have any great detail on what the local authority is doing in these matters in Herefordshire. No doubt they would argue austerity and government cuts, but clearly when such an amount of rubbish can build up literally overnight on a small stretch of a little used country road then something is definitely wrong. Elsewhere in Herefordshire it appears that street sweeping is ‘reactionary’. Freudian slip there, they probably mean ‘reactive” (On complaining about inadequate road sweeping, a councillor in Bromyard was told the situation is likely to continue with the service now carried out on a needs basis.”Street cleaning is now reactionary,” said Cllr Paul Rone, Herefordshire Council’s cabinet member for transport and roads.). Messrs Amey delivered the service for the Hereford council at the time of the piece (see below), but Bromyard is more of an urban area so just imagine what passes for acceptable on our rural roads.

It is hard not to conclude that we are being palmed off with inadequate services in matters of importance to our rural communities while money is being wasted on a grand scale elsewhere. Bankers bonuses, directors salaries, HS2, fracking, Heathrow expansion, the useless and expensive House of Lords recently added to largely by a bunch of Cameron cronies. And whatever happened to the promised high-speed broadband serving rural areas.

Now ask yourself the question: Do we live in the Big Society or the rubbish society?