Growing up with Popular Music! 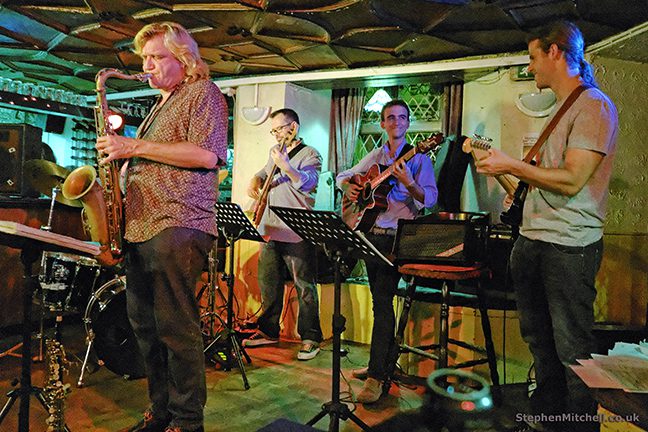 Music knows no boundaries: Emanuele Grafitti of the OIR Quintet, here gigging with members of ‘The Coltrane Dedication in Wales.

Recent events have provided me with the opportunity to take a look at the role of popular music and its meaning for people of all ages both in the UK and among our European neighbours. Prolonged depressing weather isn’t for me a motivator to get out and take pictures and spending much of your time lying on your back while various soft-tissue injuries cure themselves isn’t much fun either. See the connection: bad weather, heavy snow and ice, a tumble followed by a trip to Accident and Emergency.

But photographers won’t be separated from their skill for long, and such events at least allow our unhappy snapper to catch up with scanning those old black and white negatives that have been lying around for ages. In the process you re-discover the merits of film as opposed to digital and you remind yourself of events that had slipped your memory altogether. When such an opportunity reacquaints you with some archive black and white negatives of a historic gig at Gloucester’s dockland (The Barge Semington). All ‘flash’ no real opportunity for low light photography in those days. And having innocently shared the resultant images on the relevant ‘Gloucester’ Nostalgia site, the feedback from the dancers and guests leave you in no doubt that for many people (probably most of us,) the popular music of our time helped to shape our lives, and for many of us ‘Those Were, indeed, the Days My Friend’. And when, added to that, you receive a welcome and surprise gift of a CD from a recent CD Launch Party in Trieste only a few days ago, featuring many of the songs of that icon of Italian Pop, ‘Lucio Battisti’ (5 March 1943 – 9 September 1998). Then you will appreciate that the subject for this Blog became a ‘natural’ for me!

Popular music of course will have different meanings to people depending upon their age, their life’s experience and frequently their nationality. As there is no doubt that popular artists can be more revered in some countries than another. Further: no-one who has the temerity to write on POP in our times can avoid the subject of ‘The Eurovision Song Contest’ and its influence, or otherwise. And yes, I know it is frequently derided as ‘circus’ and often is just that, but it is a magnet that brings together the people of Europe and in the process frequently highlights new artists and heralds new musical trends.

For myself, POP fluttered in and out of my life at various times. more particularly perhaps as is normal when I was in my teenage years. It was a time when English pop was frowned upon as being dull, uninspired and melodically un-inventive. So we turned towards the United States and the steady stream of hits emerging via the popular artists and recording studios of the time. Beware ***Age Warning***. You may not recognise either the singer or the song: Guy Mitchell (of course), Joe Stafford, Ketty Lester, etc. with Frankie Laine making an appearance on the rough edges. Not to mention: The Everly Brothers, Carl Perkins and Fats Domino. While from Hollywood began to emerge some of the most inspired musicals of that or anytime. We were the beneficiaries of a veritable downpour of music guaranteed to appeal to the teenager of that time, ready to make  what they saw as their own personal statement of protest at the mores of their elders. Isn’t it always so!

Later, during my further education years the likes of ‘Buddy Holly’ burst upon the scene. I can recall to this day where I was on first hearing the distinctive drumming of ‘Peggy Sue’ (a cafe in Southgate Street, Gloucester as a matter of fact). Ditto, what to me was the near-revolutionary sound of Mel Torme performing ‘Mountain Greenery’, and still one of my favourite songs and artists (a friend’s flat in Lansdown Cheltenham, one Sunday Morning). And once more as a recently married architect in our London flat hearing my first performance of ‘Love Me Do’. And not by the Beatles either, but by four young guys taking up their harmonies and giving their own rendition in the street on a Saturday evening. Mine was a catholic musical education you might conclude, as I have yet to feature the great classicists, most of all, Ludwig Van, et al. While in my 60s  on trips to California being an inveterate collector, I was lucky enough to start a collection of those great CD sampler recordings from GRP that introduced me to some of the magical jazz artists of West Coast America! While the music of Europe attracted through such artists as: Isabelle Mayereau, Francis Cabrel, Michel Polnareff, Mylene Farmer, Mecano (love Mecano) and not forgetting the early masters of the French Chanson tradition: Charles Trenet, Jaques Brel (from Belgium). And of course the Italian Cantautori: Renato Rascel, Domenico Modugno, Lucio Dalla and Lucio Battisti, amongst others.

As well as allowing younger listeners to express themselves and develop their own personality popular music has always had the power to bind communities together. A power not lost on those who were charged with leading a country through war. Witness Lili Marlene, a song used by the German troops during the second World War but taken up by the British very successfully for exactly the same purpose. In such ways is music able to reflect a generation and often the character of a country. However, I must admit that there was a period of some five years or so, when I could see no particular merit in English POP at all. I could best describe it as period where bands lost the ability to enunciate the words, showed no interest whatsoever in the musicality of the number and frankly just couldn’t sing. Music for the musically illiterate and deaf front-row forwards! I have found also that there is less long standing affection, even love, for the artist in England and that bringing the artist down after a period of ascendancy is often as pleasurable as following the artist. Rather similar to following your favourite football or rugby club. Hate them one week love them another! An English characteristic no doubt born of being an Island Race. Not so I would say in Europe generally if the current burgeoning interest in Italy’s Lucio Battisti is any guide. Over the period of 2016 – 17 there were a series of ‘Sell-out’ Concerts dedicated to the music of Lucio Battisti entitled ‘Canto Libero’, when an ad-hoc group of recording artists who over the years had shared a love for Battisti’s music got together to spearhead this celebration of of one of Italy’s most respected artists of the period.

No surprise then that arising from this great awakening that the talented individual musicians of the OIR Quintet, an Italian Quintet of young artists with an excellent discography already behind them  would join forces with highly regarded sound engineer Al Schmitt at the renowned French Studio’Studios La Fabrique’ at St Remy de Provence, in the production of this salute to the master.

Tribute Bands are at the moment very popular in the UK and elsewhere with the band re-creating the same sound stage as the original ‘Heritage’ Band. Often, it has to be said to a higher technical standard than the original performance may have enjoyed. Relative youth, technical skill and recording standards may play a part here. But in no way can the OIR Quintet be compared to a tribute band: their repertoire is mainly a tribute to their country with the music selected from the Italian Singer-songwriters book re-arranged and re-interpreted with style. And given that recordings are recorded with extreme attention to detail, to recreate that special quality of a ‘live performance’, It is not difficult to see why such dedication and performance skills would be able to promise a re-generation of a new music that goes way beyond that of any tribute artist. However, given the Quintet’s ambition to to have a repertoire which is mainly a tribute to their country with music selected from the Italian Singer-songwriters book, apart from standout performances of Battisti’s work, it is odd to find Sting featured on this CD, unless the ownership of a villa in Tuscany makes him an honorary Italian. But what audacity given that Rita Bincoletto’s performance of ‘An Englishman in New York’  sung by a very Italian young woman is one of the run-a-way hits from this album. In fact in every way I find the selection of Rita Bincoletto to be an inspiring choice as lead singer, with a voice that combines control with just enough abandon to counter-balance the precise musicianship of the remaining members of the Quintet. I love this CD it is my kind of music and I have already given it countless hearings. As Al Schmitt is quoted as saying “It was a great pleasure to record and mix some of the songs by this group, I hope I get to work with them again” And so say all of us! 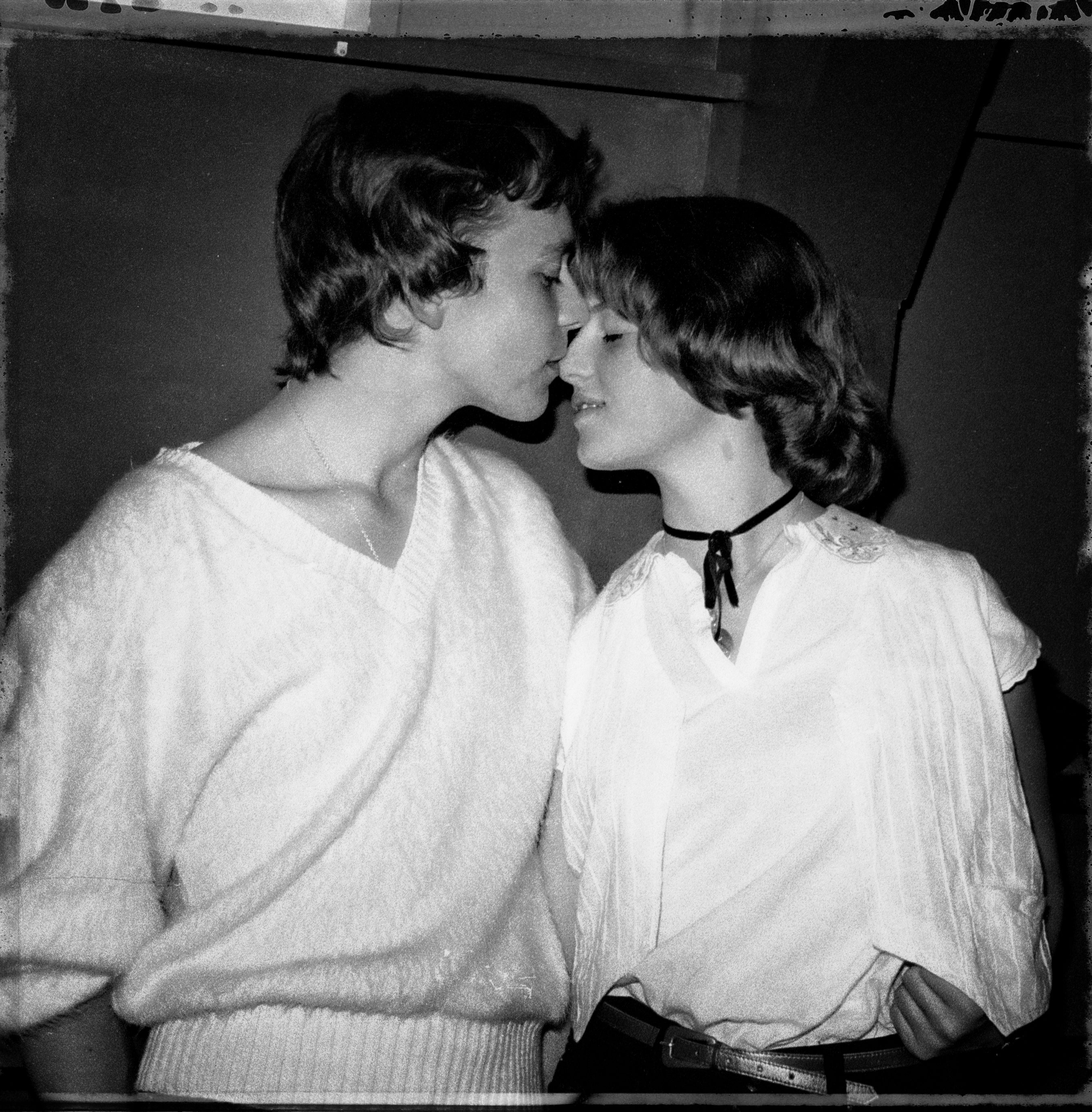 If Music Be The Food of Love – – well maybe yes, maybe no. But for sure we all use the POP music of our own time to experiment, in a very harmless way, with the sort of person we would like to become. So yes, why not – – ‘Play On’!